While most people believe cutting carbs is necessary for a more healthful diet, a new culinary trend has sparked interest for those who have starved themselves for far too long: better-for-you sourdough bread.

Sourdough is considered healthier due to the process of fermentation, which is a slow process (can take up to four days) and relies on naturally-occurring lactobacilli and yeast. (The sour taste of the bread is caused by the lactic acid released during fermentation.) Lactobacillus is a bacteria already found in the gut. By eating more of that good bacteria you encourage healthy digestion. Plus, there are some higher nutritional benefits to eating sourdough bread. In fact, sourdough bread is much higher in vitamins B and C and contains less sugar.

An Alternative to Gluten-Free Bread 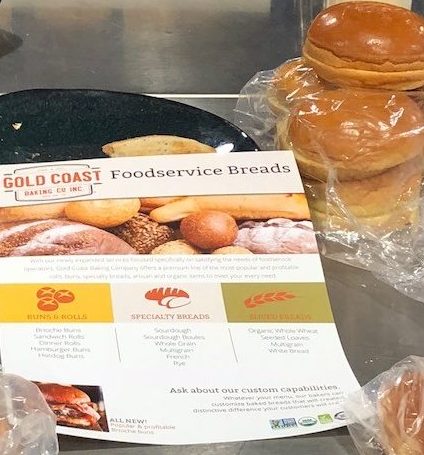 For those with Celiac Disease or gluten sensitivity, bread = bad. However, sourdough bread comes with more good news. When sourdough is fermented, the gluten in the dough is broken down into amino acids.

Wait, could it be? Does this mean there is a bread the gluten-sensitive can eat? Well, according to some research, yes.

Some may ask, is sourdough still bread if gluten-sensitive people can consume it? Well, is water wet? Yes, it is still bread and yes, water is wet. Sourdough may still be bread, but it could be an answer for gluten-sensitivity in the future.

While artisan bakers have been working with sourdough breads for some time, many mainstream restaurant menus are beginning to incorporate more sourdough, too. And we’re not just talking about another toast option at the breakfast diner.

We’re talking about the Sourdough King at Burger King and the Sourdough Melt at Culver’s, for example. We’re also noticing more restaurant concepts with the sourdough theme. Try Sourdough Cafe in Madison, Wisconsin or Michael’s Sourdough in Northern California to see what we mean.

This blog post was written by Mary Murphy, an FDR intern. Mary is a junior at Western Michigan University majoring in Food & CPG Marketing.