Using fire and smoke to cook is a culinary trend in 2016, but it goes back about a million years. It all started when Grok and his buddies threw a hunk of Wooly Mammoth on a fire, and it was good. After a while, they experimented with the Wooly Mammoth ribeye and t-bone. Eventually, the Mammoth flat iron and Denver steak were all the rage.

Controlling fire makes us human, but using fire to flavor food and cocktails…that’s what truly separates man from beast. Here’s a look at what we see in charred, smoked, and barrel-aged flavors.

Fire-focused restaurants are popping up everywhere. Chefs are putting wood-fired cooking front and center, and they’re doing more than just grilling meat and fish. Pots and pans are placed right on the fire in wood-fired ovens. They’re charring and smoking everything from fruits, vegetables, meats, and fish, to bread and dessert.

Why we love it: Wood-fire cooking is bold and devoid of pretentious fussiness. It requires serious skill, lets the ingredients shine, and seriously…who doesn’t love the sizzle of food over an open fire?

Smoking is big in 2016. In addition to the standard salmon, ribs, and oysters, professional and home chefs are also putting things like booze, cheese, fruits, herbs, vegetables, boiled eggs, nuts, and salt in the smoker. Micro-smoking–when prepared food is put under a bell jar and brought to the table under a cloud of smoke–is a haute approach to the smoking trend. Smoked beer, tequila, and whiskey aren’t going anywhere.

Even bartenders (mixologists, if you will) are adding smoked ice cubes to cocktails. Have you ever had a “wood sommelier” pair your smoky cocktail with the wood in a nearby fireplace? This is happening in NY, no joke. Have you ever had food prepared with artisan wood? (This video is a joke by the way.)

Why we love it: Layers upon layers of flavor that can be achieved by just about anyone.

Most barrels begin their existence giving character and color to whiskey and wine. When their jobs at wineries and distilleries are done, many of them are snapped up by brewers and product makers to impart flavors of the charred wood and spirits or wine to everything including coffee beans, maple syrup, vinegar, pickles, cocoa beans, cider, and beer.

Bartenders give cocktails a quick barrel-aged treatment with a charred-oak infusion. We like to toast wood chips to bring the flavor of wood and smoke to Bourbon Old Fashioned cocktails.

Why we love it: It brings complexity and depth to the products. (They had us at “whiskey barrel-aged.”)

Grab a spot next to Grok at the fire. He might not recognize your smoked porter or charred onion appetizer right away, but we have no doubt that he and his friends would approve. 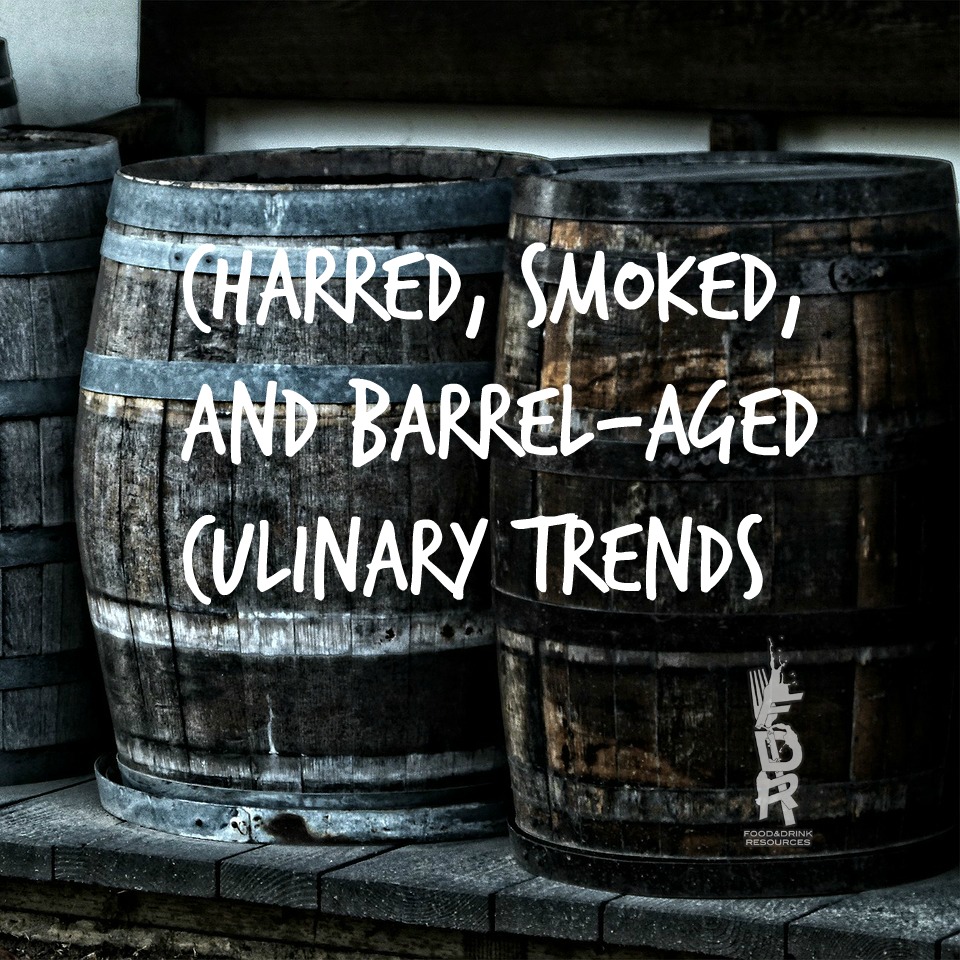