Brice Phillips, the Director of Club Store Sales at Phillips Foods in Maryland, has worked with Richard Keys, Co-Founder of FDR, in various capacities over the years. Originally, Brice tapped FDR for specific R&D projects, but now Phillips Foods relies on FDR for all of its culinary needs.

“In 2014, we sold our Baltimore production facility, part of which housed our Culinary Innovation Center,” Brice explained. “As a result, we needed a Research & Development facility and partner we could rely on. The FDR team is a great fit. They are buttoned up, professional, and understand the club business well.”

Brice described a recent FDR development project for one of the major club food stores that required four new seafood appetizer items that were generally priced less per item than what you typically see on the shelves.

“I let the FDR team know what proteins to focus on, but I did not give them any tightly defined guardrails,” he said. “This was an important project, like most club store projects are, because if you present a product to the client that is ready to go, it can be very profitable.”

The FDR culinary team came up with 22 seafood appetizer concepts that Brice then narrowed down to 10. After a quick flight to Denver, he was at the FDR Innovation Center to sample those 10 and then narrow it down further to four. From there, all four items were tested in a consumer research study at FDR.

“To have the consumer panel of club store shoppers across all demographics was hugely beneficial. It allowed us to really prove the potential success of the items to our client at the presentation. Plus, the FDR facility is fantastic. It was a great way to spend a few days in Denver.” 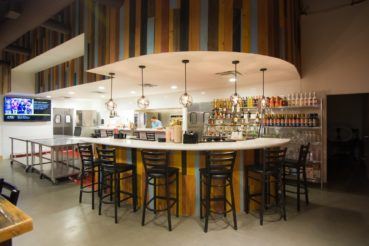